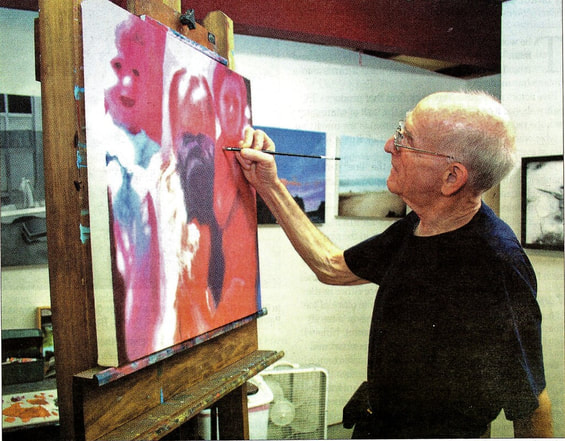 The High School of Art and Design and The School of


He began a career in advertising art and graphic design

Painting was still his passion and in 1969, he left the U.S.

to live and paint in Munich, Germany for three years.

time as the art director for a small advertising firm.


Richard moved to San Rafael in 1991 with his wife and

son. He began taking studio classes at The College of

Marin with Jack Scott and Larry Bencich and has been


He maintains a studio in Greenbrae, CA.


His work has been shown at various galleries in the Bay

Area and several of his pieces are in private collections.


He is a member of The Marin Society of Artists, Studio